The Association of BC Forest Professionals (ABCFP) represents the largest group of forestry professionals in Canada with 5,000+ members. We work with the ABCFP on a long-term basis and have collaborated on a number of different digital and social media advertising campaigns with the association in the past to raise awareness for the association and promote its work. KIMBO Design worked closely with ABCFP project stakeholders again this year to develop a Digital Advertising Strategy & Campaigns, along with corresponding marketing materials as well as the provision of media buying, management, & reporting services.

While the ABCFP takes on the important responsibility of registering and regulating British Columbia’s professional foresters and forest technologies, the association and its work often lack a strong presence amongst the general public. Thus, to ensure that the general public cares about the ABCFP’s work, we must first make sure that they understand the type of work that is being done by the association and the value that it brings to the people of this province. 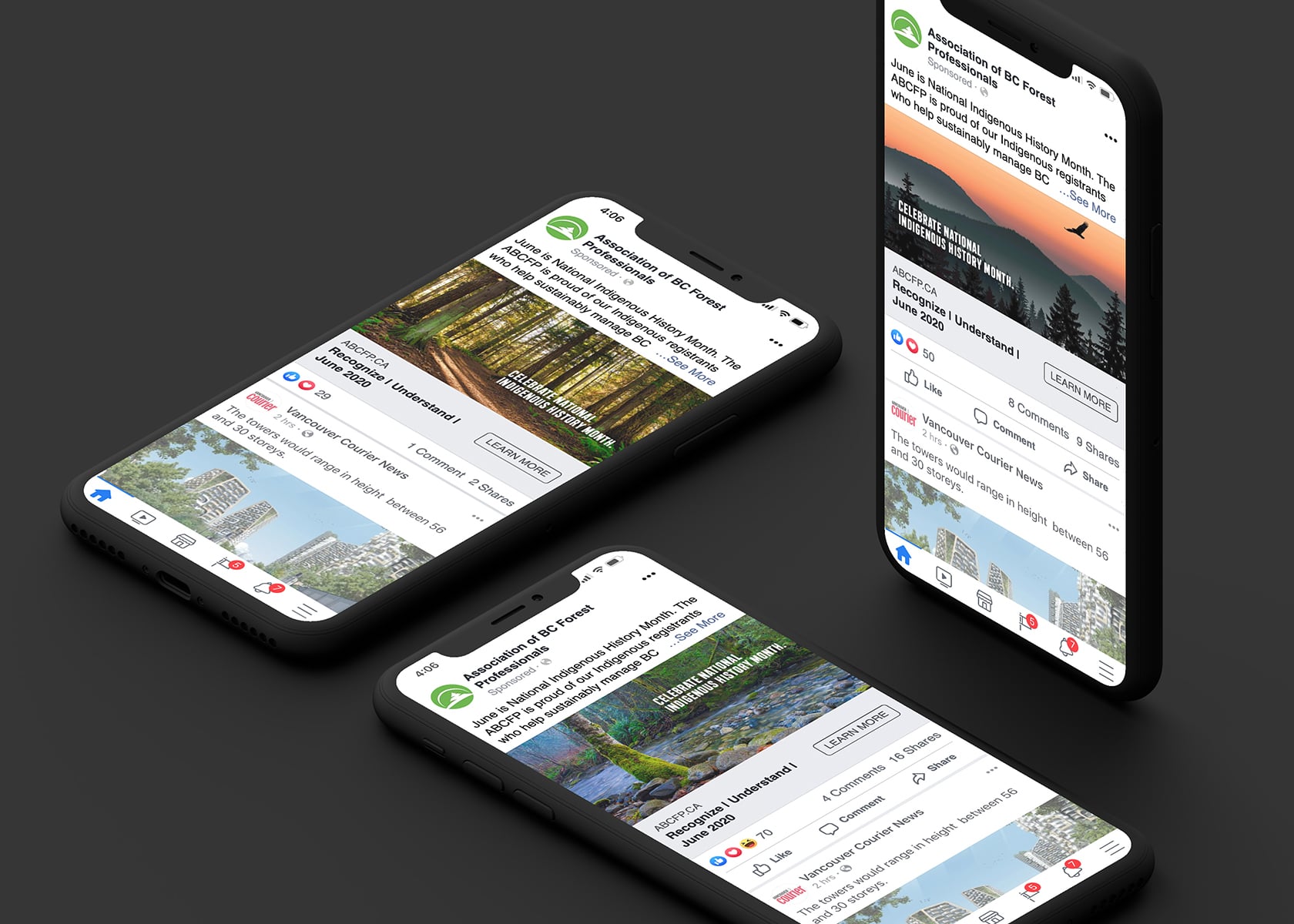 Our most recent campaign brought awareness to Indigenous History Month.

In order to promote the ABCFP and its work to those not familiar with the Forestry industry, our copywriter and designers had to be especially creative in devising an approach that is both informative/educational but also appeals to the targeted audiences. 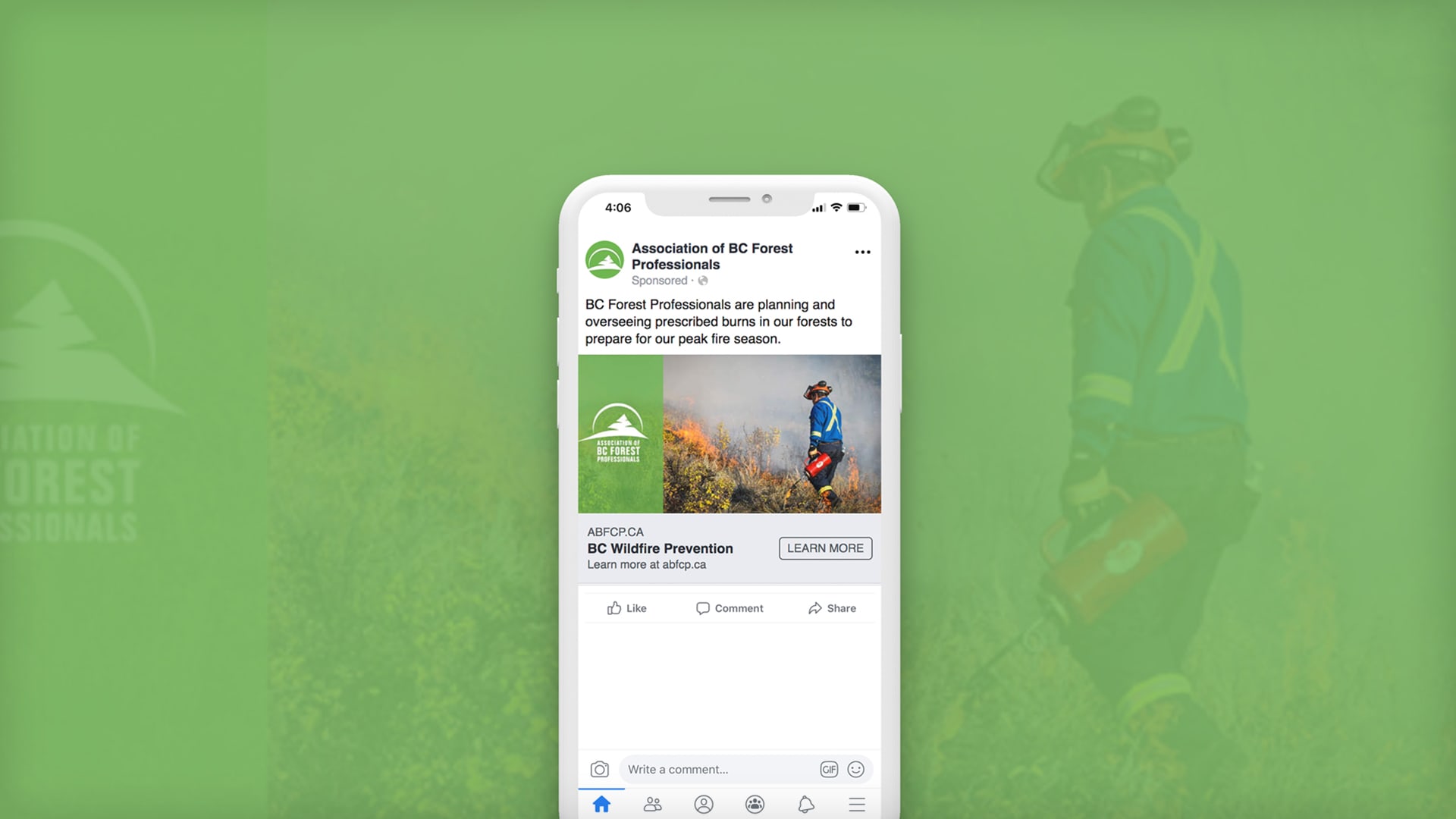 Secondly, we also had to take into consideration the media buying landscape and general traffic in the media during these campaigns in order to maximize campaign results and ROI. Using analytics data as well as our past experience and familiarity with the BC media landscape, we made the conscious decision to release certain ads onto the market at specific dates/times, and targeted audiences in the province of BC and specifically the Lower Mainland region.

This is to ensure that our digital and social media ads aren’t directly competing for the public’s attention with other advertising campaigns or major news stories in the market and that it informs the public of the ABCFP’s work in a timely manner (e.g. we chose to release ads for Prescribed Burning & Wildfire Awareness to BC audiences shorty before the province entered peak wildfire season. This ensured that the most relevant audiences were seeing our ads at the most suitable time so that the citizens of British Columbia will still have the information from our ads on Prescribed Burning & Wildfire Awareness fresh in their minds when the wildfire season arrives). 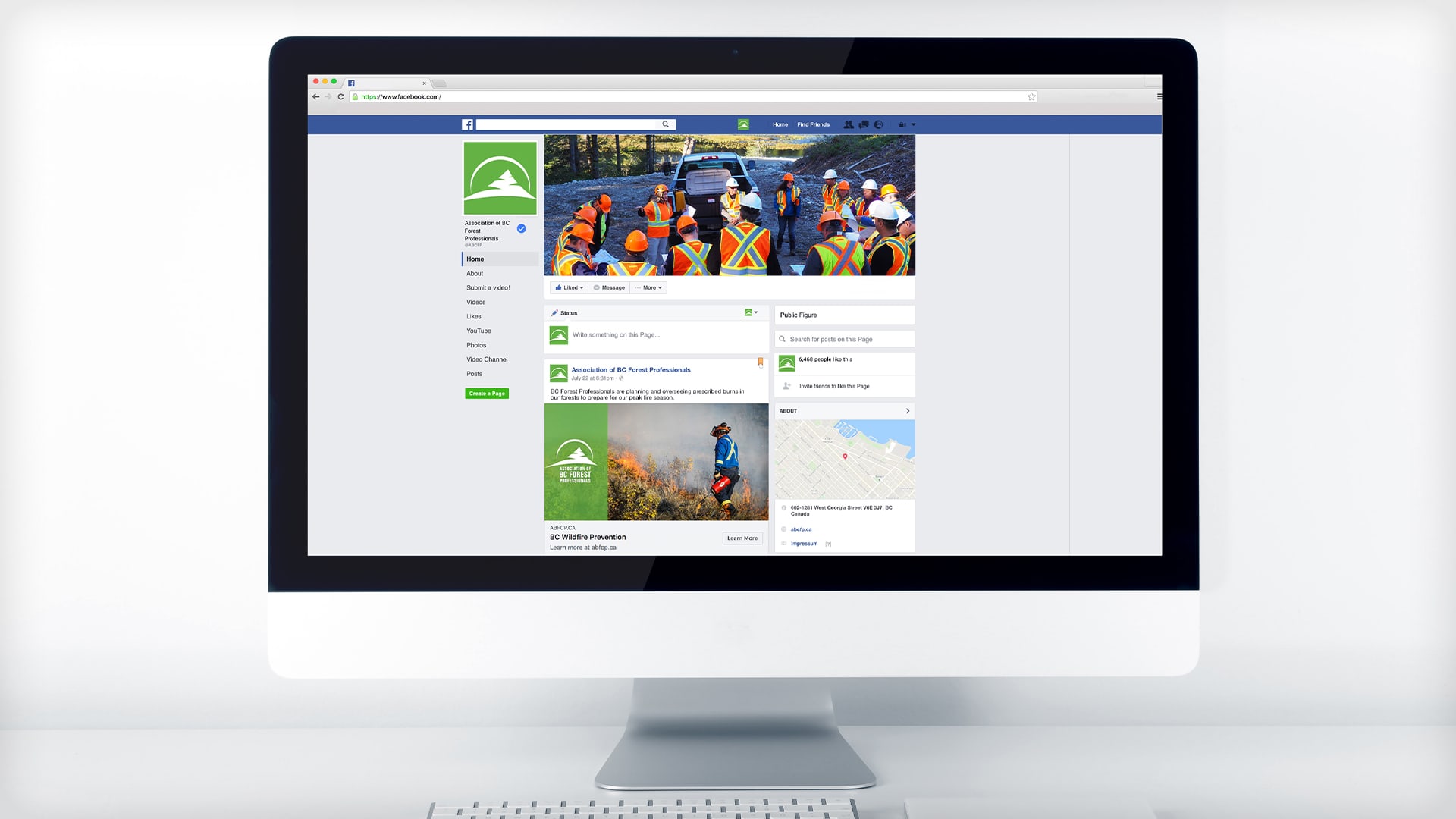 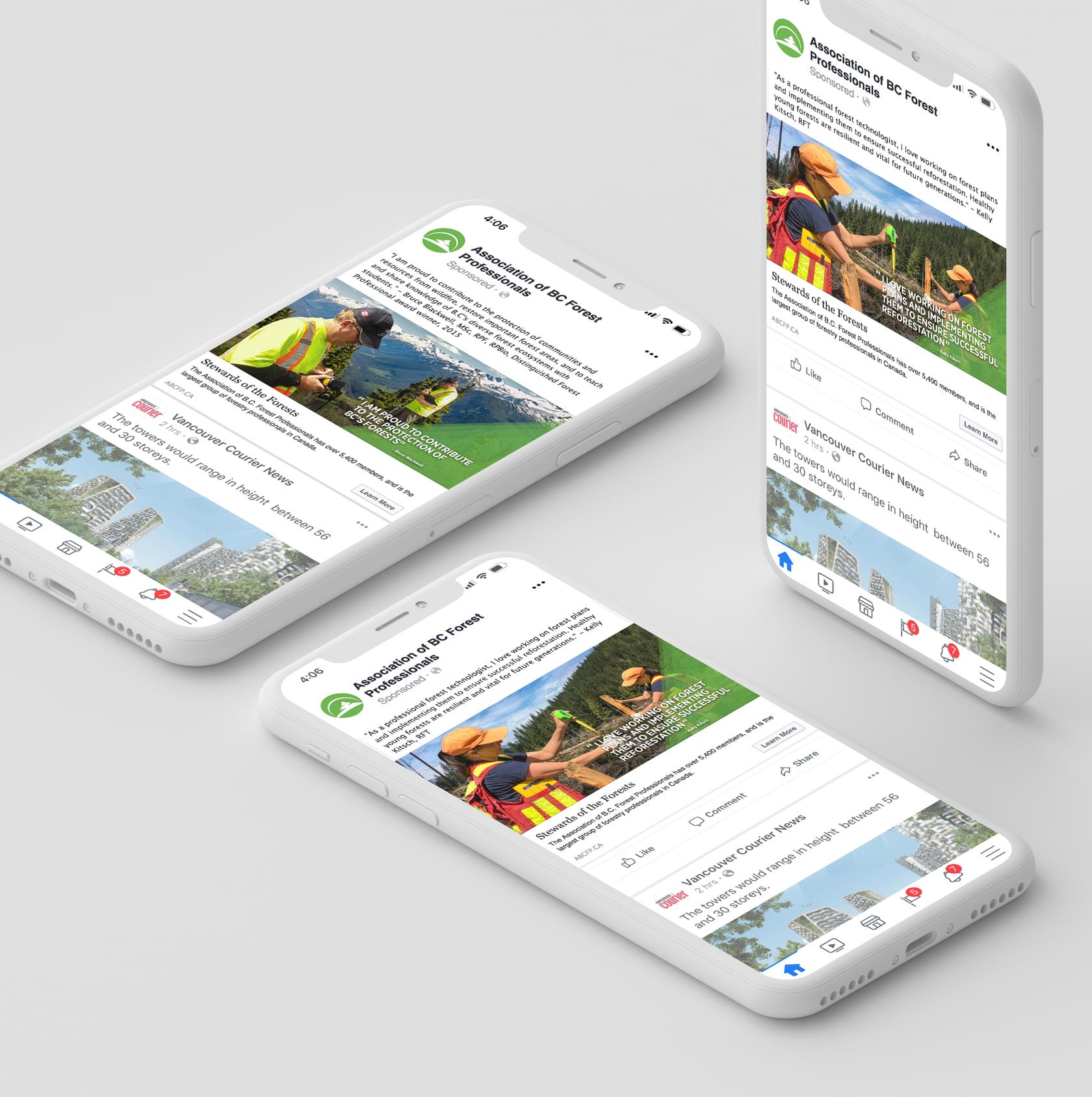 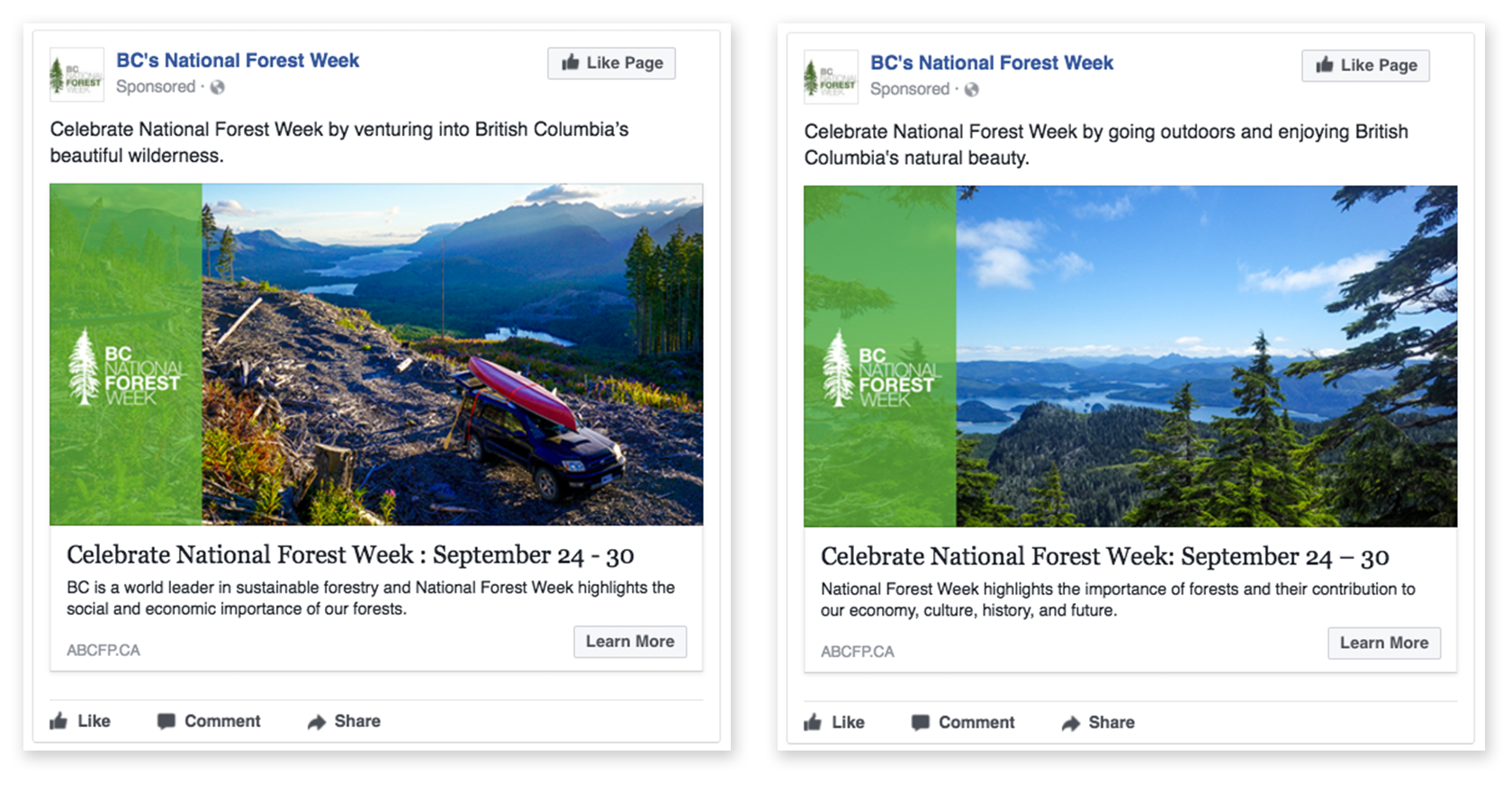 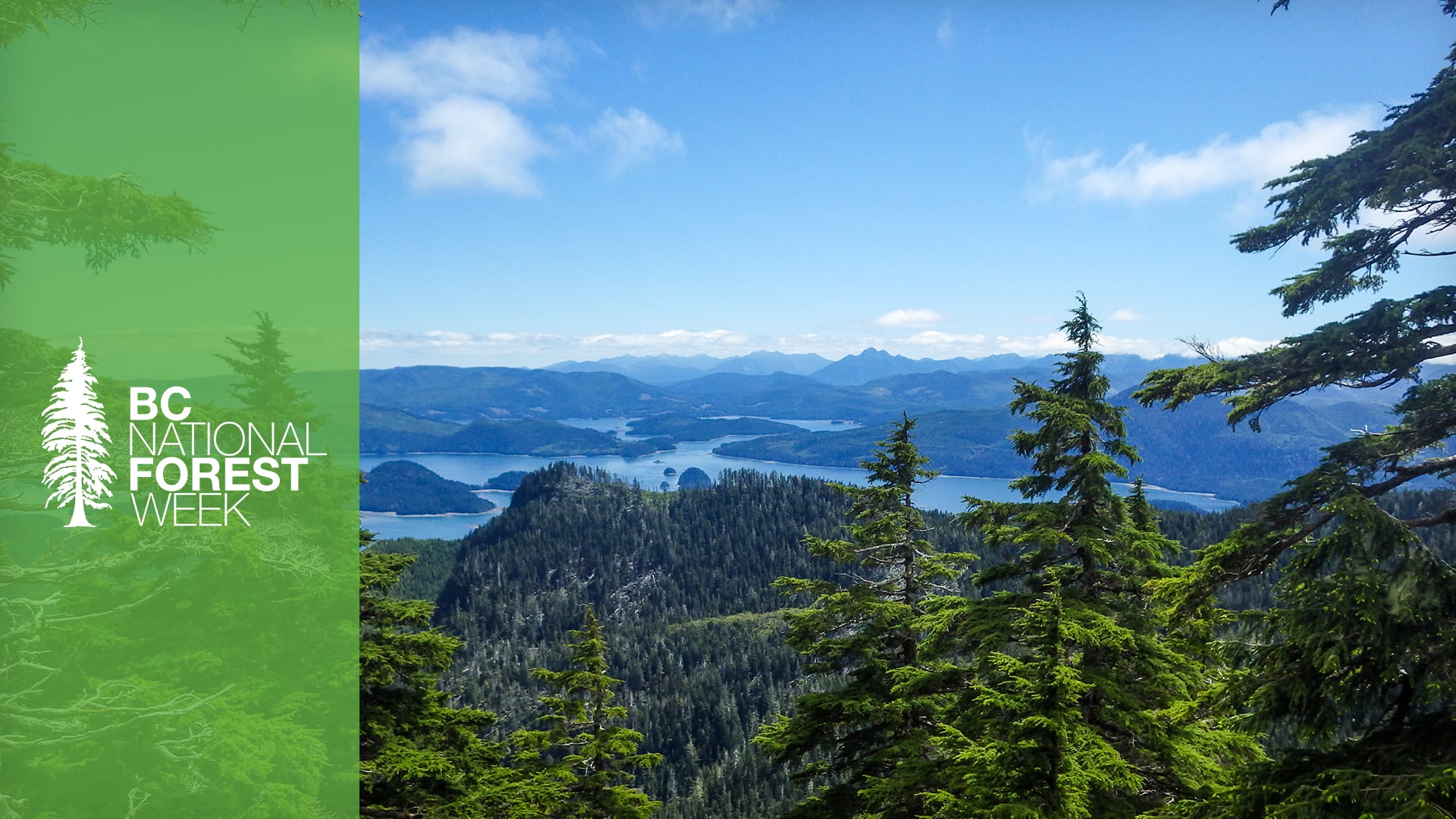 The digital advertising strategy and campaigns developed for the ABCFP has been highly successful. Not only did we provide the association with digital ads that promotes and informs the public of the ABCFP’s work, our media monitoring efforts also yielded highly successful results. As we were able to consistently optimize and adjust our campaign according to analytics data for the best campaign results and ROI.